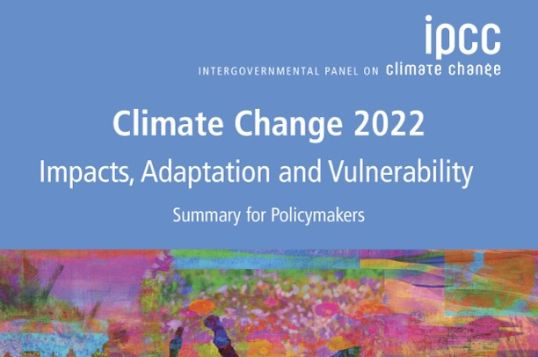 The latest report from the Intergovernmental Panel on Climate Change (IPCC) portrays a grim image of imminent climate risk; If we fail to halve greenhouse gas emissions this decade, climate change will have far greater effects on all corners of the globe. However, there is still hope, but immediate climate actions need to be taken to ensure the safety of our future on this planet.

Released on February 28th 2022, the report offers an in-depth analysis of the intensifying impacts of climate change and future risks, especially for the developing world.

Here are five major takeaways from the report:

1.    The extent and severity of climate impacts has already exceeded predictions:

Millions of people are already facing food insecurity and livelihood threats due to severe droughts, extreme heat, and record floods. Several examples include 20 million people have been displaced annually by floods and storms since 2008, and crop productivity in Africa has declined by a third since 1961.

According to the report, every tenth of a degree of additional warming increases the risks to humans, wildlife, and ecosystems. Even limiting the global temperature rise to 1.5 degrees Celsius (2.7 degrees Fahrenheit), as set forth by the Paris Climate Agreement, still poses serious risks to life on our planet.

For example, with 1.5 degrees Celsius of global warming, an extra 350 million people will face water scarcity by 2030; and up to 14% of wildlife species may face significant risks of extinction.

3. Climate hazards are amplified by inequity, conflict, and development issues:

Currently, around 3.4 billion people live in countries that are highly vulnerable to climate risks. Challenges such as poverty, poor governance, and restricted access to essential services such as healthcare, will not only increase vulnerability to risks, but also impede communities’ capacity to adapt to climate change.

The IPCC estimates that adaptation accounts for only 4-8% of recorded climate finance, which totaled $579 billion in 2017-18. Today’s efforts are insufficient; they are typically gradual, reactive, and small-scale, with the majority focused solely on current impacts or near-term risks.

With the world now experiencing an increase of 1.1 degrees Celsius, extremely sensitive populations and ecosystems are at substantial risk. For example, some tropical coastal communities have lost whole coral reef ecosystems that had once supported their food security and livelihoods.

As the IPCC report makes clear, there is no alternative, we must act now!

Read more from Bloomberg Green as they further discuss key takeaways from the latest IPCC report. We were delighted to attend COP27 this year, where we met with global leaders to discuss 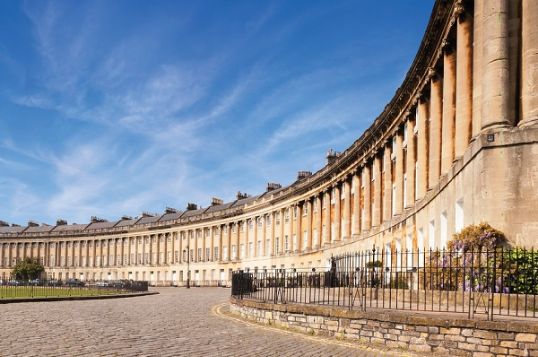 Nomea Speaks at The University of Bath

It was a pleasure speaking at the University of Bath and sharing insights about Nomea’s history,

Are you a climate tech startup? Apply for
funding!

Are you a climate tech startup? Apply for funding!

We invest in transformative technologies that will slash emissions at scale

Please fill out the below form if you're looking to invest in Nomea or one of our portfolio companies, or simply just want to connect

Send us a message and we will come contact you shortly